Are you interested in Litecoin? Then you need to understand the basics revolving around this cryptocurrency. Below, we’ll look into everything you need to know about Litecoin.

The Litecoin cryptocurrency was created in 2011 using a fork from the Bitcoin blockchain. The cryptocurrency was designed to address the concerns of developers since Bitcoin was too centrally controlled, which means largescale mining firms found it hard to have the upper hand when mining. Enterprise miners were eventually unable to have the upper hand in Litecoin mining. Nonetheless, Litecoin managed to rework itself, and the coin is mineable. Users can also take advantage of the peer-to-peer payment system.

Below, we’ll delve further into everything you need to know about Litecoin, including Litecoin price.

The primary mission of Litecoin was to ensure that enterprise-sized miners wouldn’t gain control of the mining process by implementing an encryption method that was different. Nonetheless, miners adapted specialized machines to grow their mining capacity.

If you want to mine Litecoin, you can use ASIC miners. A block present in the blockchain store normally stores the transaction information. The mining software usually verifies the blocks, making them visible to the miners who want to see them. After a miner verifies the block, a new block is created in the chain, and Litecoin is rewarded.

How Does Litecoin Work?

Litecoin was developed by Charlie Lee. He started the Litecoin project using core code borrowed from Bitcoin. He made some major modifications, and the final product was Litecoin. One of the major upgrades he made was introducing reduced block approval time. For Litecoin, the approval takes 2.5 minutes.

The block time reduction has made Litecoin more scalable compared to its predecessors. Litecoin is also faster compared to Bitcoin with regard to transactions per second. Charlie Lee has also adjusted the transaction fee model, making it more appealing to the masses.

The Litecoin free structure is what draws many users towards this cryptocurrency. Also, the fee never changes regardless of the size of a transaction; this strategy has proven to be favorable to users.

Litecoin and other cryptocurrencies have a finite supply, unlike the fiat currency that the government can print. Litecoins can only be produced at certain intervals after a block of transactions has been approved in the network. The total number of Litecoins that will ever be produced is 84 million.

Litecoin usually processes transactions at four times the speed of Bitcoin. As a result, the network offers four times the tokens. The fixed amount of coins means that inflation cannot affect the currency’s overall value as time progresses. As time goes by, the value of every Litecoin is supposed to hold. Currently, there are at least 65 million Litecoins in the market.

The majority of traders also view Litecoin as a sustainable option. You may ask yourself why? For starters, Litecoin experiences less volatility compared to other cryptocurrencies such as Bitcoin. Also, the Litecoin development team has a competitive advantage since they desire to remain ahead technologically. The platform has also added the Segregated Witness update. Litecoin has also been processing Lightning Network transactions many months before Bitcoin.

The History of Litecoin

Litecoin rose to fame in 2011 after Charlie Lee published the project’s whitepaper. Google formally employed Lee, and he had followed Bitcoin for quite some time since he recognized Bitcoin’s value; however, he noted that some areas needed improvement to propel the large-scale adoption of cryptocurrency by the masses. When making improvements, Charlie Lee focused on reducing transaction fees and times and eliminating the concentrated mining pools.

Within two years after the launch of Litecoin, the cryptocurrency achieved a market capitalization worth $1 billion. Today, Litecoin is still dominating the market.

Surprisingly, Charlie Lee sold all his Litecoin holdings in 2017 because he had concerns about the growing influence of Litecoin. He was accused of influencing the market prices since every post he made on social media would affect Litecoin price.

Positive news includes the large-scale adoption of cryptocurrencies. On the other hand, you can witness market losses because of negative news coverage about the cryptocurrency market.

Where Can You Purchase Litecoin?

The cryptocurrency exchanges in the U.S. may not be regulated, although most nations have already granted the financial regulating agencies the authority to do so.

Some of the crypto exchanges where you can purchase Litecoin include:

How Do You Sell Litecoin?

When using decentralized exchange platforms, you usually connect your crypto wallet to the exchange and peruse undergo the registration process. After approval, you can go ahead and deposit Litecoin and sell it. Also, there are crypto exchanges that also allow withdrawal in fiat currency.

Currently, Litecoin is among the top cryptocurrencies in the globe. The current market value of Litecoin is $53.52. Considering Litecoin has managed to maintain dominance in the cryptocurrency market since it was unveiled in 2011, that’s impressive. 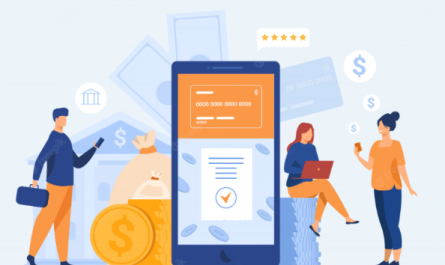 4 Use Cases of Account Aggregation Framework You Must Know

Why is Anonymous Hosting so Popular?