The IPL is a popular professional Twenty20 cricket competition in India. It is one of the most popular cricket leagues in the world, ranking sixth among all sports leagues in terms of attendance. In 2019, the IPL averaged over 27,000 spectators each game, and millions of fans across the world followed the league’s broadcast and internet coverage. The top players in the IPL are paid well, and the league as a whole generates billions of dollars in revenue, making it a highly successful tournament. In addition to being popular in India, the IPL has a huge global fan following and is telecast in various countries.

Before the IPL 2023, fans are debating the restoration of the home-and-away structure as well as the “Impact Player” rule, which will undoubtedly change the dynamics of this year’s cash-rich game. As for betting, fans are also on the lookout for the best IPL betting app as early as now. You might be wondering about the Effect Player regulation, how it will affect team planning, and which players teams would contemplate deploying as impact players to win the IPL 2023 championship.

What to expect at auctions

Teams that have done well in the auction have the propensity to put on excellent performances, and 2023 will be no exception since the mini auction just allows franchises to bolster their present teams. Out of a total of 991 players that registered for the IPL 2023 auction, 405 were picked. On Friday, as many as 119 players with caps, 273 Indian players, and 132 international stars are slated to compete.

After releasing several players, including franchise captains Mayank Agarwal and Kane Williamson, the two clubs that struggled to make a mark last season, Punjab Kings and SunRisers Hyderabad, respectively, are approaching the auction with the greatest budgets.

What about the current champs, the Gujarat Titans?

The Lucknow Super Giants, another new team, and the reigning champion Gujarat Titans will both be looking to avoid second-season syndrome. Much will be determined by how they do at the auction table on Friday. To the delight of franchise owners, Australian and England’s stars are expected to be available for the whole IPL season next year.

After moving Lockie Ferguson and releasing Varun Aaron, the defending champions are surely looking for some pace-bowling options. However, Hardik Pandya’s team will rely on local talent, particularly Sai Sudharsan, who is enjoying a fantastic domestic season at the top of the order for Tamil Nadu. Jason Roy was also freed by Gujarat.

What about other teams?

Chennai Super Kings will try to bolster their top-order and middle-order with the departure of Robin Uthappa. CSK will be looking for a strong all-rounder with the ability to bowl rapidly now that Dwayne Bravo has retired. Even though Mukesh Choudhary and Simarjeet Singh performed admirably, Chennai will require a backup option owing to Deepak Chahar’s continuous injury troubles. The availability of Matheesha Pathirana provides CSK with speed and firepower, and they will also be looking for a trustworthy foreign fast.

The availability of England bowler Mark Wood will be a huge advantage for the Lucknow Super Giants, but they also expect to obtain some good back-ups. Expect them to try to renegotiate the price of Sri Lanka’s Dusmantha Chameera. Lucknow also released Jason Holder, and KL Rahul’s club will look for a dependable all-rounder. While they are also short on spin options, Deepak Hooda would like to gain some batting experience in the middle order.

Mumbai Indians will be one of the most active teams at the mini-auction due to the release of players like Kieron Pollard, Jaydev Unadkat, Mayank Markande, Murugan Ashwin, Riley Meredith, and Tymal Mills. The MI will likely be looking for Pollard’s replacement, as well as a top-tier spinner and backup pacers. 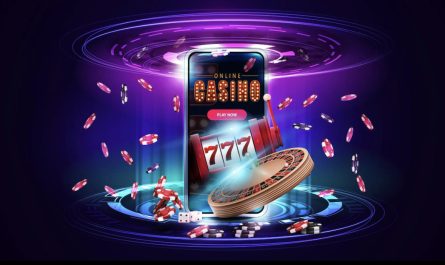 How to Take Advantage of Arbitrage Betting

The Future of Online Casinos in Malaysia