The NFL schedule week in and week out always has the games that stand out, and there are games that are always horrendous. No matter how people feel about it, there will be NFL fans for the first time, or those who have bet before will bet on any games in the NFL.

Some people put down more money than others, and some put more on their betting plate than others as well. The NFL odds are always different in each and every single game. What are some of the things to watch when betting on NFL games?

After the games end on Sunday, the odds for the following week will already be out because there will be those that are eager to bet on the game the next week. Let’s say the Chicago Bears are playing the Green Bay Packers. At the end of Sunday night, Green Bay is a (-7.5).

However, if you see that quarterback Aaron Rodgers got hurt in the previous game, and if we know that it is possible he may not play the following week, it is a good idea to grab Chicago (+7.5) on the betting market right away.

However, it may be smarter to wait as the week goes on to bet the underdog because lines can change. It can go do to as many as Packers (-1.5) if Jordan Love started over Aaron Rodgers. The line changed because Vegas feels how important Aaron Rodgers is in this matchup. The Vegas NFL odds do this a lot, especially with injuries. This is just one example of watching lines move as the week goes on.

Money lines have different values every single week. This is just to bet on an outright winner for the game without having to worry about the points differential when betting on spreads. One of the most important things is to find value in the money lines. It is hard to bet on a game when the money line features the New York Giants at -270 odds and the Jacksonville Jaguars at +325 odds, for example.

One of the good potential money lines to gamble on is a Houston Texans vs. San Francisco 49ers match up for example. San Francisco would just have -120 odds to win the game, but Houston would have +145 odds to win. Vegas is telling you here that the 49ers are the favorites, but the Texans do have a chance to win this football game.

Betting those numbers are reasonable and worth it. Those numbers that are close together mean something. You would win a little more money betting on the Houston Texans rather than the San Francisco 49ers, but don’t always bet the underdog. Betting San Francisco would also be a decent payout because they are not a heavy favorite, and that matters a lot. This is why it is always important to pay attention to NFL lines.

These days on Twitter, a lot of Twitter accounts love to talk about people betting the over/unders in football games. They post all sorts of memes of how people feel when they either bet the over or the under on a respective football game. This could be one of the hardest things to bet on because you have to do math in this situation.

Say the Los Angeles Rams are facing the Los Angeles Chargers. The over/under is set at 40.5 total points. There are not one but two questions you have to ask yourself. The first is, do you think each team will score a combined of that number with the offensive talent they have? The second question you have to ask yourself is can you add up numbers?

If so, bet the over 40.5. The Los Angeles Chargers and the Los Angeles Rams usually score somewhere between 21-28 points per game. Since that’s the case, bet the over in this situation because this is where also common sense comes into play. With Justin Herbert and Matthew Stafford as the quarterbacks, you know they are going to score points here. 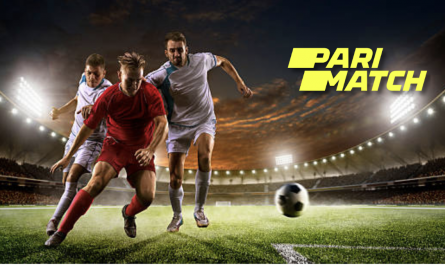 The best online gambling sites in 2022

The Ultimate Guide of How To Get Started in Soccer Betting